Swami Vivekananda’s original name was Narendranath Dutta, and his ancestral house was Gour Mohan Mukherjee Lane, Simla Street—a north Calcutta locality.
Naren, or ‘Bilay’ as he was fondly called, was born on 12 January 1863 to Bhuvaneswari Devi and Viswanath Dutta, a well-to-do attorney-at-law in the Calcutta High Court. He was their sixth child and first surviving son (of the elder five, four died in childhood. He also had two younger brothers.).
Naren’s exceptional abilities, intelligence and prodigious memory set him apart as a leader, right from his school days. Hehad a flair for drawing, a melodious voice, an orator who could speak extempore, and was also proficient in physical activities like rowing, swimming, wrestling and riding.
After passing his entrance examination at the age of sixteen, Naren joined the Arts faculty of Presidency College in 1880. He studied English, History, Mathematics, Logic, Psychology and Philosophy during his B.A. 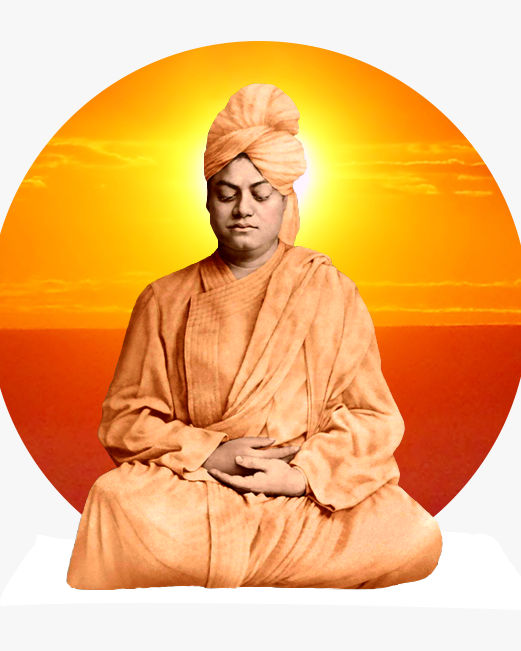 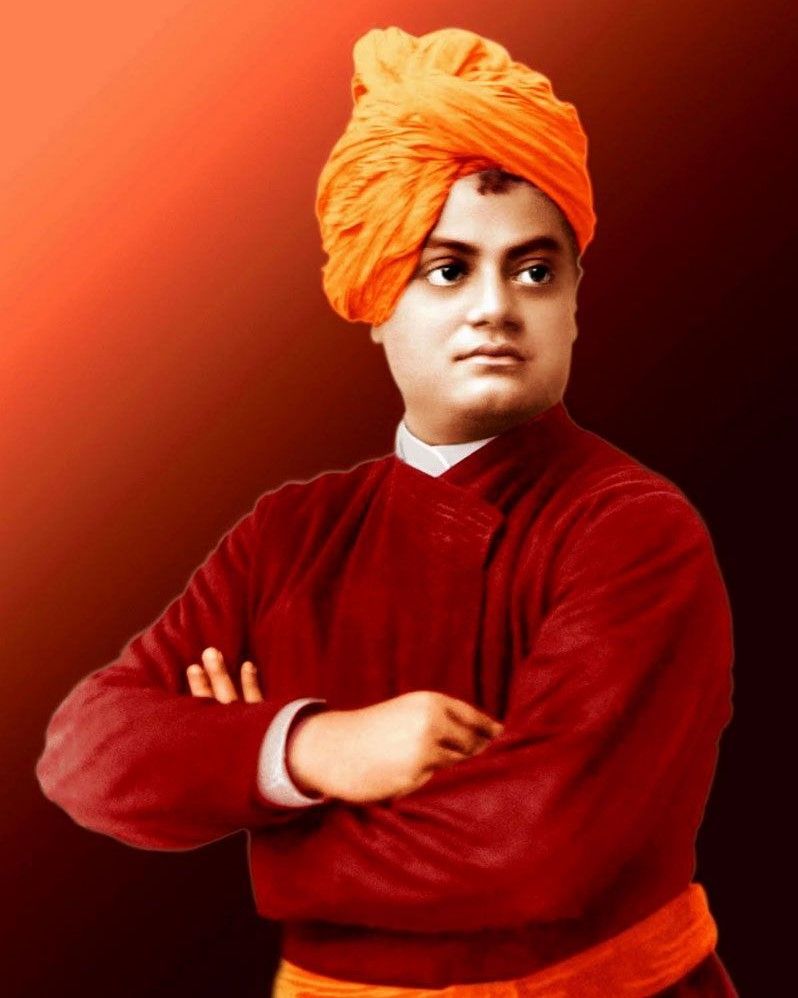 Since childhood, Naren was affected deeply affected by the ideaof leading a life of spirituality. In his youth, he was haunted by two opposite visions: one of leading a worldly life of luxury, and the other of a renunciating monk. In his longing to know the Truth leading to the realisation of God, he found the confident response of Ramakrishna Pramahamsa that he had seen God, the only convincing answer.
He accepted Ramakrishna as his guru, who himself was most eager to have Naren by his side, as he was convinced that Naren was the one person who could understand and disseminate his teachings. Naren’s education from his guru continued through the five years he was in contact with him at his ashram at Dakshineshwar.
In 1886, after Ramakrishna’s death, Narendranath and other disciples started the Ramakrishna Math at Belur with the aim of serving mankind in order to realise God. With the Ramakrishna Order being consolidated, Narendranath was torn between loyalty to the Math and its mission, and his yearning to be a wandering monk. He left the Math in July 1890 to start on an all-India tour.

On his journey, he befriended both prince and pauper alike. After two years of peregrinations, he reached Kanyakumari andrealised his life mission : that India could rise again only when itrealised that it’s glory, it’s strengh and originality lay in its spiritual consciousness. And that his life mission would be to renew that consciousness within India’s masses. The way to achieve that would be to make the West acknowledge India’s inherent strength in the realm of spirituality, and the knowledge that it had to impart to the West. This was important because the West was seen as the omnipotent powerthat could conquer all, and their recognition of India’s strength was essential. 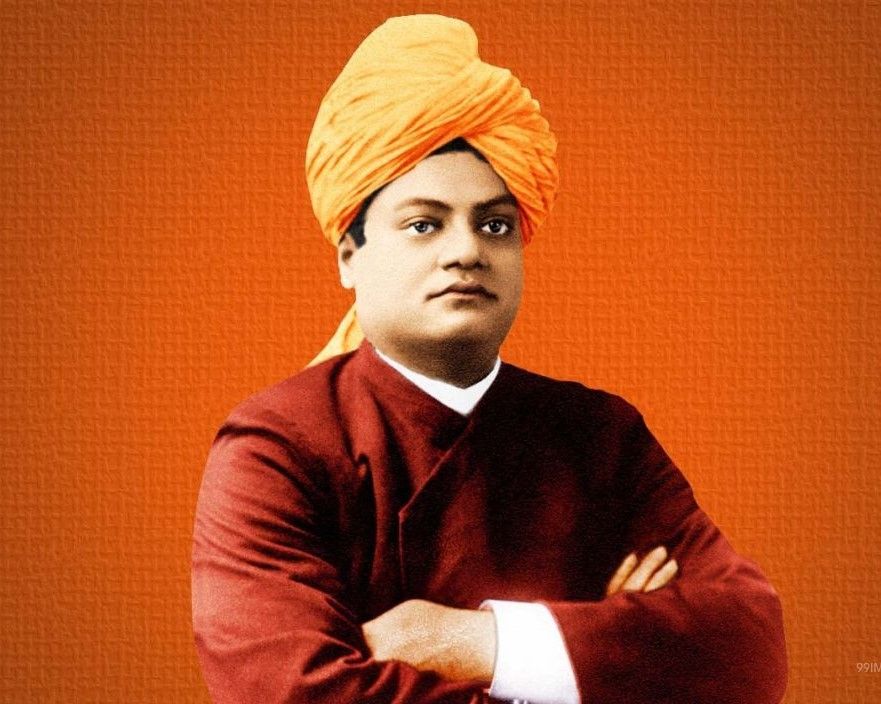 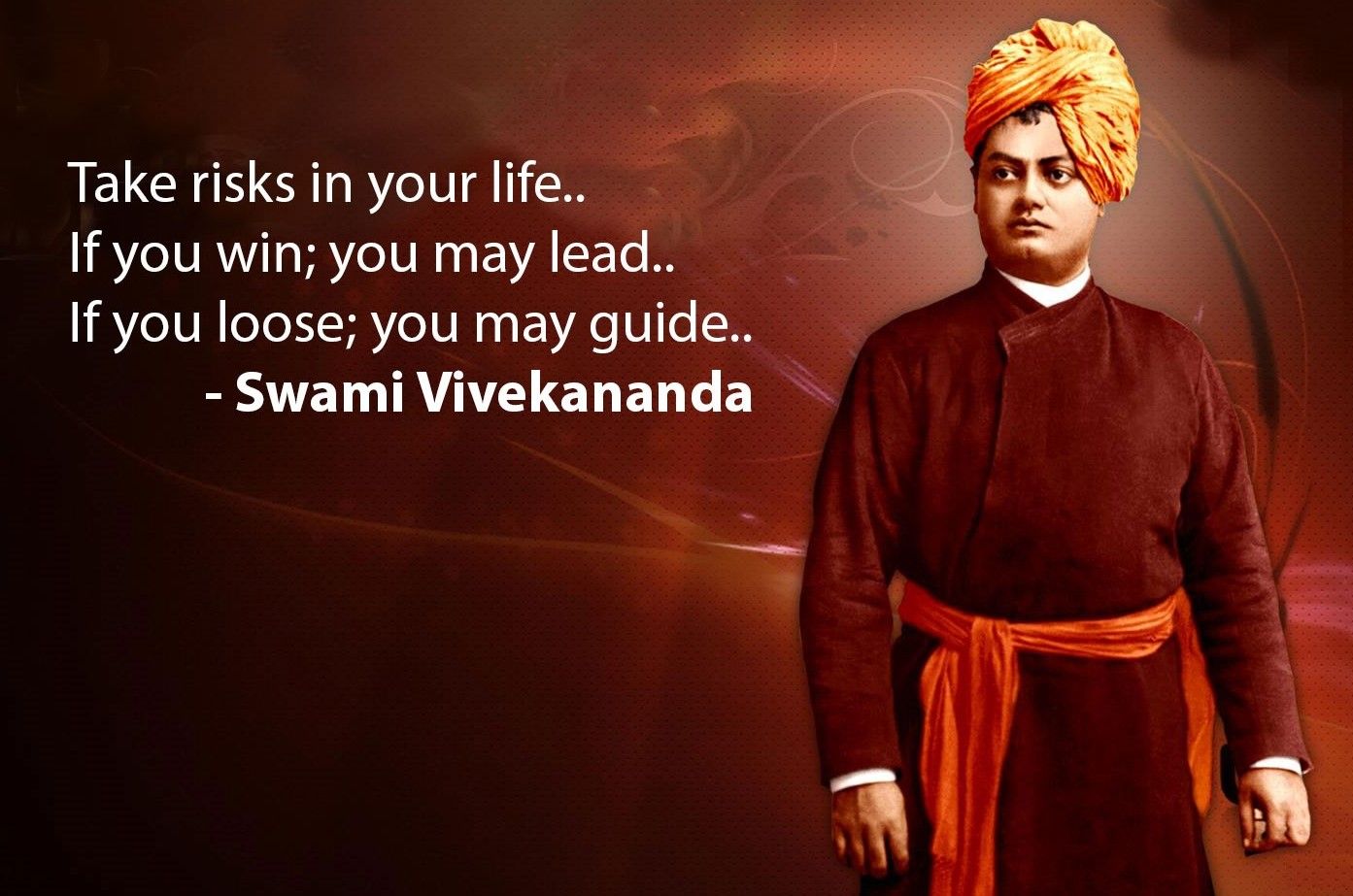 In order to spread his word and message in the West, he decided to attend the World Parliament of Religions to be held in Chicago in 1893. On the eve of his departure, he adopted the name of Swami Vivekananda. The moment he addressed the gathering there as “Sisters and Brothers of America”, he received a thunderous standing ovation that lasted for minutes,and his worldwide fame was assured.
Swami Vivekananda lectured in several cities across the United States on the essence of Hinduism: the Vedanta philosophy. In 1895, after receiving pressing invitations to England, he left for London where he continued his series of lectures and classes. After this, he returned to USA, and then back to England, and also other European countries, spreading the seeds of Vedanta farther and deeper.
In early 1897, Swami Vivekananda returned to India where a rousing reception awaited him wherever he went. The hard work in USA and England and the nonstop lecturing took a toll on his health. After recuperating for a few months, he set to work in earnest again at the Ramakrishna Math in Belur. Under Swamiji’s guidance, the Math set up more centres in different parts of India and served the people in times of calamities like the plague.
Two years later, Swami Vivekananda set upon his second phaseof travels in the West. Again, he alternated between USA and England, though this time he was not starting afresh, but building on the foundation set up in his last visit, and carried on by his numerous Western disciples.
In late 1900, he returned to India, again worn out by his ceaseless work. Contrary to doctors’ advice, he continued working and travelling to the extreme boundaries of the country. Ultimately, the physical body could not keep up to the demands of the great soul. Swami Vivekananda breathed his last on 4 July 1902 at the Belur Math, leaving behind an immortal legacy not just in the hearts of his contemporaries, but for all generations to come.